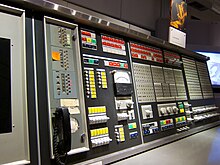 Panasonic has unveiled a range of new audiovisual gear for education, such as a 16,000-lumen LCD projector along with a new widescreen classroom projector.

Among the slate of new projectors Panasonic debuted this month is the flagship PT-EX16KU LCD projector, which is created for big venues such as auditoriums and lecture halls. It provides a brightness of 16,000 lumens, a resolution of 1,024 x 768 (XGA), along with a contrast ratio of two, 500:1.

Though particulars are still scant on the PT-EX16KU, Panasonic reported that the high-end unit utilizes a quad-lamp design and light filtering technology, created to create more vivid imagery, and is housed inside a ruggedized chassis. The networkable projector is compatible with Panasonic’s free projector management utility, Multi Projector Monitoring and Control Software program.

The business has also unveiled a new line of classroom and small-venue projectors, the PT-VW330 series, consisting of 3 models.

The PT-VW330 series includes wireless presentation technologies and an optional device called the Easy Wireless Stick (ET-UW100) for iOS devices like the iPad. A free application, the Panasonic Wireless Projector, is available for iPhone and iPad as well.

Other features of the PT-VW330 series include:

Automatic reduction of energy consumption based on the projected image.

Also of note, Panasonic’s LFT30 and LFP30 Series Expert LCD Displays had been unveiled for use both indoor and outside applications. The units are created to be lightweight, portable, and energy-efficient. The LF30 series is envisioned for big, open locations. The LF30 and LFP 30 are anticipated to become available in October. The LFT30 is anticipated to ship in January. Pricing was not accessible at press time.…